Desirable Difficulties in the Classroom

Over the last couple of decades, learning and memory researchers have become increasingly interested in bringing scientific findings out of the lab and into the classroom, where they can be implemented into teaching methods to produce more efficient and effective learning. In a nation mired in an educational crisis, there’s never been a better time or place to bridge the gap between modern scientific knowledge and outdated teaching techniques. One of the greatest insights in the last 20 years that has serious potential to improve classroom teaching has been Robert Bjork’s concept of desirable difficulties (Bjork, 1994; McDaniel & Butler, in press), which suggests that introducing certain difficulties into the learning process can greatly improve long-term retention of the learned material. In psychology studies thus far, these difficulties have generally been modifications to commonly used methods that add some sort of additional hurdle during the learning or studying process. Some notable examples:

What all of these difficulties have in common is that they seem to encourage a deeper processing of material than people would normally engage in without explicit instruction to do so. It’s understandable why students would want learning to be easier, and why teachers would want to make it easier. If an instructor tries a few different approaches to teaching some concept or material, she would likely conclude that the approach which leads to the most immediate and observable signs of student improvement is the best one. In fact, when teachers try to facilitate learning by making it as easy as possible, this may increase the immediately observable short-term performance, but it decreases the more important long-term retention. In short, we often seek to eliminate difficulties in learning, to our own detriment.

To appreciate why difficulties might actually be desirable, it helps to first understand the distinction between performance, which is observable during learning and testing, and the actual learning itself, which is a long-term process that is difficult to measure. Consider the somewhat simplified example of a history student memorizing a list of important events and the dates they happened. In psychology lingo, we’d say she learns an association between a cue (the event) and a response (the date). The student might notice a rapid increase in her performance as dates are recalled more frequently and confidently over the course of a particular studying session. But if she only studies the list once, a few days later she will probably remember just a fraction of these dates, even if she had been performing perfectly by the end of her studying. The increased accessibility of the dates at the end of a learning session is akin to the idea that something is “fresh on your mind.” So if we watch the student reach perfect recall, we are observing her increased performance, but her rapid improvement does not ensure that the information will be accessible in the long term. Because the dates are “fresh”, her effortless recall at the end is misleading, as the freshness will fade quickly without further study or review; the dates, though easily relearned, will fall below the threshold of accessibility.

The biggest obstacle in implementing desirable difficulties into classroom curricula is likely to be convincing teachers and students alike that these difficulties are indeed desirable. When learning is difficult, people make more errors, and they infer from this that their method is ineffective. In the short term, difficulties inhibit performance, causing more errors and more apparent forgetting. But it is this forgetting that actually benefits the learner in the long term; relearning forgotten material takes demonstrably less time with each iteration. These “savings” that arise from forgetting and relearning in spaced trials were first documented over 120 years ago ( Ebbinghaus, 1885/1964), and yet they still are not well utilized in education or understood by the general public. This is likely because long-term benefits are less noticeable. The spacing effect, for example, is a robust finding across many areas of learning, and yet most people believe massed practice is more effective (Bjork, 1994). In reality, there are short-term benefits to massing (cramming for a test the night before can help you pass the test), but the fact that spacing greatly improves long-term retention is less obvious.

Education is supposed to be about teaching knowledge and skills that students will use throughout their lives. So it should go without saying that teachers should utilize methods that facilitate long-term retention, especially when those methods are easy to implement. As discussed by Yalda T. Uhls, our shorter school year doesn’t explain America’s low scores on PISA tests. We have to focus less on how much we teach and more on how we teach, and how we can improve it.

Education reformers should keep in mind that teachers and administrators may be improving short-term performance when they design curricula to be as easy as possible, but they may also be hurting long-term learning. As our scientific understanding of the dynamics of desirable difficulties improves, so should our implementation of these practices into our educational system. While we need further research into desirable difficulties, we also greatly need dialogue between scientists and teachers to help improve learning in the classroom. 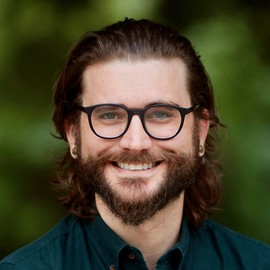